Action Aid Intervention for Development Organization (AAIDO) is a National  Non-governmental Not for-profit making Organization is legally registered with South Sudan Relief and Rehabilitation Commission Operating in three greater regions of South Sudan such as greater Bah el gazal, upper Nile and greater Equatoria. AAIDO Established in June 2019 where the household food security remains based primarily on subsistence agriculture and livestock.  The state is seriously hit by the current conflict and according to humanitarian’s report, about 250,000 people are estimated to be food insecure and some hundred thousand other were also reported to be not accessing basic primary health care, nutrition centers and most probably drinking water. AAIDO is coming joining the Humanitarians world to help promote peace building through conflict mitigation, GBV awareness, Child protection/general protection, Youth and sport, Education, Women and human rights, Health, Food security/ livelihood and Nutrition.

With the hope of peace returning in the country any time soon the rebuilding of the traditional livelihoods that had broken down after years of fighting.  However, returning IDPs and refugees, as well as resident communities, are facing low availability of agricultural inputs and services for crops and livestock, poor quality healthcare and education, human rights violation or GBV abuse which is on the rise, inadequate infrastructure and fragmented markets.  Clearly the restoration of livelihoods has had setbacks.  Fighting among tribes and sub-clans, and the resulting displacements, destruction and deaths, have hindered the early recovery process. Political uncertainty associated with new civil structures, continued low level inter- and intra-tribal conflicts, new displacements, limited protection of civilians, drought and high food commodity prices, are the norm, rather than the exception. Our vision is a country without hunger and eradicating poverty in the community by transforming the lives of the youth people  through education and healthcare. 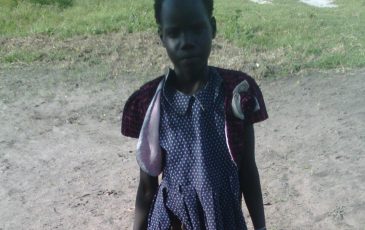